The technology has already been tested in a randomised control trial involving 346 participants. GMMH took part in the clinical trial in collaboration with The University of Oxford, Oxford Health NHS Trust and The University of Oxford spinout company Oxford VR. In total there were nine NHS Trusts across England taking part in the multi-site trial.

The gameChange VR therapy is for people whose fears have caused them to withdraw to such an extent that everyday tasks – such as getting on a bus, doing the shopping, speaking to other people – are a challenge. We want to help people go into everyday situations feeling more confident, calmer, and in control. The gameChange VR therapy was designed for people who have psychosis. gameChange is an easy to use, step-by-step programme. It allows a person to practise, at their own pace, being in virtual reality simulations of everyday situations. The therapy is provided in around six 30-minute sessions. A gameChange staff member is always present for support and advice.

Aim of the implementation pilot

If the project shows that routine delivery of gameChange VR in GMMH is feasible, we anticipate that this will lead to gameChange VR therapy being more widely in available GMMH. The overall aim is for people who feel anxious in everyday social situations to have increased access to the gameChange VR intervention, to feel more confident in those situations.

This project will build upon the learning from the randomised controlled trial which took place across nine NHS trusts in England. The trial involved 346 participants with a psychosis diagnosis and self-reported difficulties with going into everyday social situations due to anxiety.

The Virtual Reality therapy led to reductions in anxiety and distress in everyday situations compared with usual care alone. Findings from the trial showed that people with the most severe anxiety and social avoidance had greater treatment benefits.

The therapy works by reducing a person’s awareness of threats in their environment and reducing the defence behaviours which people use to cope whilst they are out. These are key elements in the overall reduction of anxiety.

Benefits of participating in the gameChange implementation pilot

Service users will have access to an innovative treatment not yet available to everyone, and potential to build increased confidence in the real world. They will have support from trained and experienced VR facilitators while using gameChange VR intervention and will ultimately gain confidence in real world situations.

What is VR therapy

Virtual Reality is a computer simulation, like a video game. By putting on a headset, a person sees, hears, and can move around the simulation. It allows a person to practise, at their own pace, being in virtual reality simulations of everyday situations. The gameChange environments are a café, shop, pub, street, doctor’s surgery, shopping centre and a bus and within each environment there are five levels to progress through. The scenarios were chosen by the Life Experience Advisory Panel (LEAP) with personal experience of psychosis. The therapy is provided over six sessions, which last about one hour, including 30 minutes of VR simulation. A gameChange facilitator is always present for support and advice. 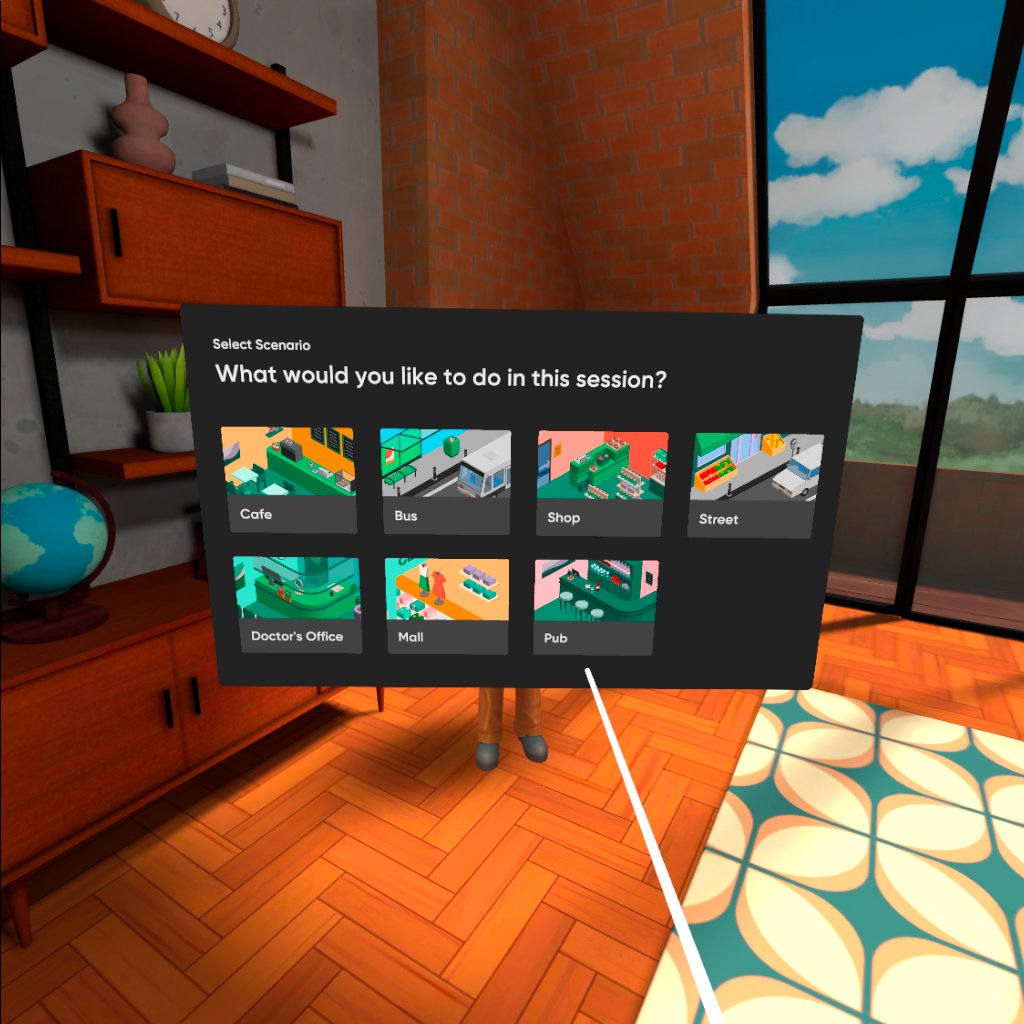 gameChange helps people to enter previously avoided situations, and to feel less anxious while doing so. The large majority (97%) reported feeling satisfied with the VR therapy. The gains were greatest for those with the most severe levels of anxious avoidance who struggled to leave the house. For those people they were able to enter two new situations at the end of the therapy, such as going to a shop or getting on a bus. This is a very meaningful change for people who previously struggled to leave the house.

If you have symptoms of psychosis and are worried about going out of the house, going on the bus or to the shop or other other public places, then gameChange VR might be for you.

Referrals are open to the teams listed below, please email the team you are connected to and we will be in touch with further information.