Book highlights experiences of living with psychosis | News and Events

Mental health service users in Manchester have created a book detailing their experiences, to inspire the recovery of others living with psychosis and to raise awareness of the condition.

The EIS offers assessment and interventions for individuals experiencing a first episode of ‘psychosis’, which is a condition defined by unusual experiences and sometimes difficulties with reality.

The book involved several of the 500 service users currently working with central Manchester’s EIS, by way of painting, writing, drawing, collage and even rap.

John Sainsbury, GMMH’s Manchester Early Intervention Team’s Service Manager,  said: “The idea behind the book was service users saying ‘We’ve had difficult times, but through hope and resilience we found a way through and if there’s a way of sharing our stories to give others hope, then here it is’.

“Hope is one of the underpinning philosophies of the Early Intervention Service and that is illustrated in this book. It will touch a lot of people and stand the test of time as a way for people to see that hope can help them through the low points.”

The project was the idea of Assistant Psychologist Ellen Anderson. She said: “Although psychosis can have a huge impact on somebody’s life, recovery is possible. There are many people who have an episode of psychosis and fully recover to their original level of functioning.

“The purpose of this book is to allow people to realise that there are others going through similar experiences to themselves, most of whom have inspiring messages to share.

“The book was created to give people an opportunity to hear about psychosis from the perspectives of those with lived experience.”

One story included in the book by service user Naddine, 29, details her situation: “It all started when I became depressed and emotionally unwell after the breakup of a relationship. 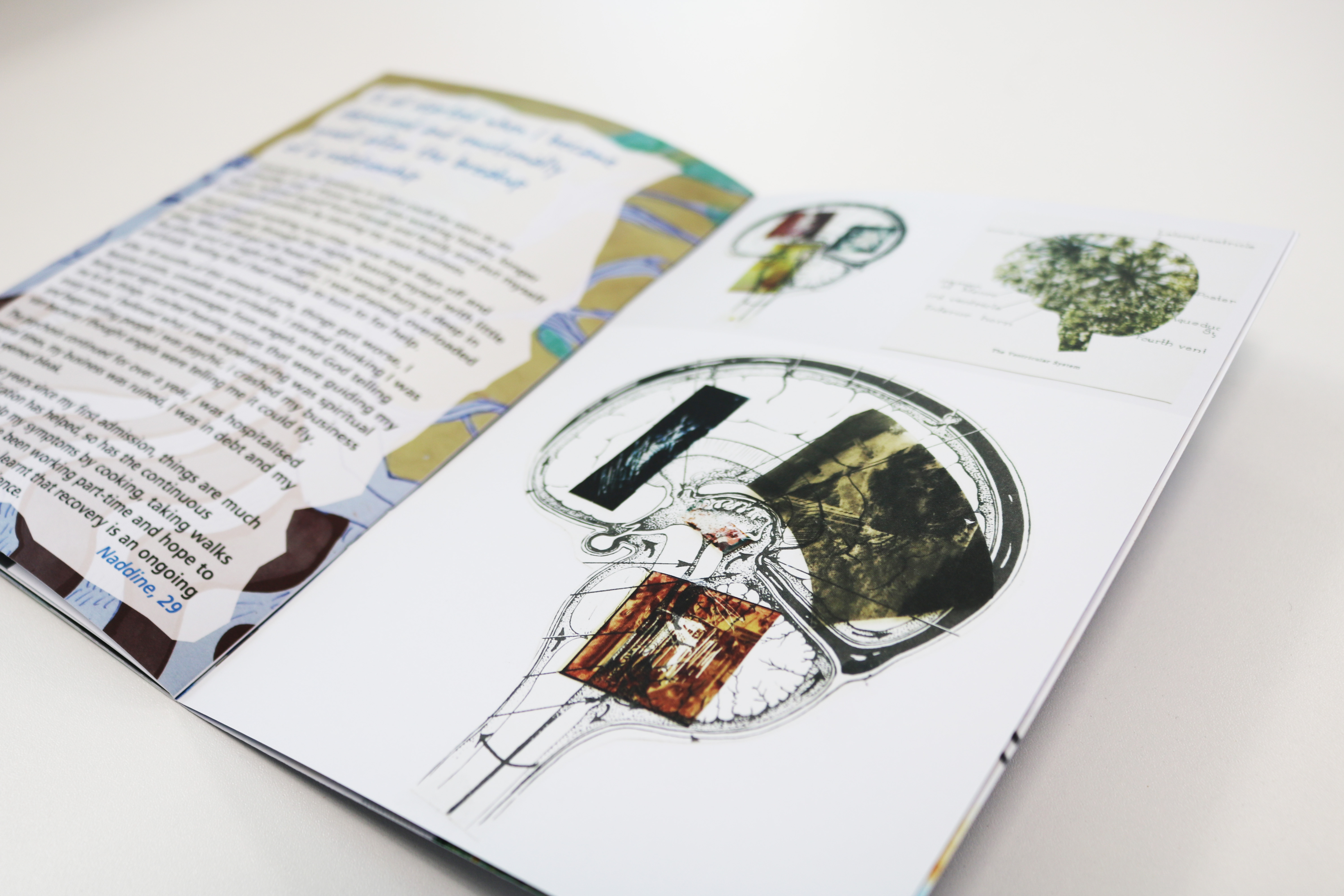 “I found myself working non-stop, never took days off and worked tirelessly through the nights, leaving myself with little sleep. When I did get my head down, I would bury it deep in the pillow and cry night after night. I was drained, overloaded and lonely, feeling like I had nobody to turn to for help.

“After 18 months of this stressful cycle, things got worse, I became erratic, unstable and irritable. I started thinking I was being sent signs and messages from angels and God telling me to do things. I started hearing voices that were guiding my every move.

“The psychosis continued for over a year, I was hospitalised several times. But now, two years since my first admission, things are much better. My medication has helped, so has the continuous support from the EIS. I help my symptoms by cooking, taking walks and doing lots of art. I’ve been working part-time and hope to return to full-time soon. I’ve learnt that recovery is an ongoing process that takes time and patience.” 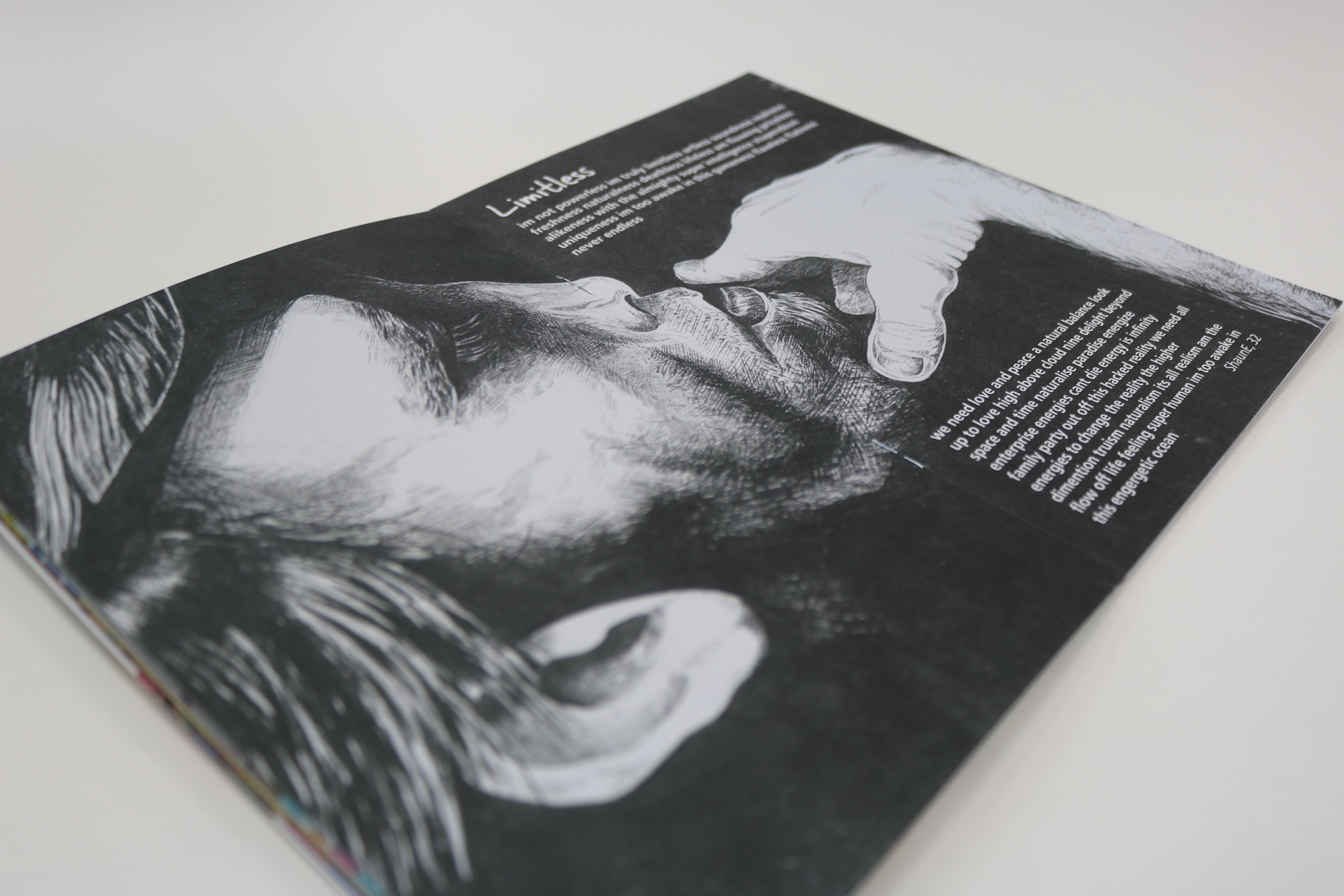 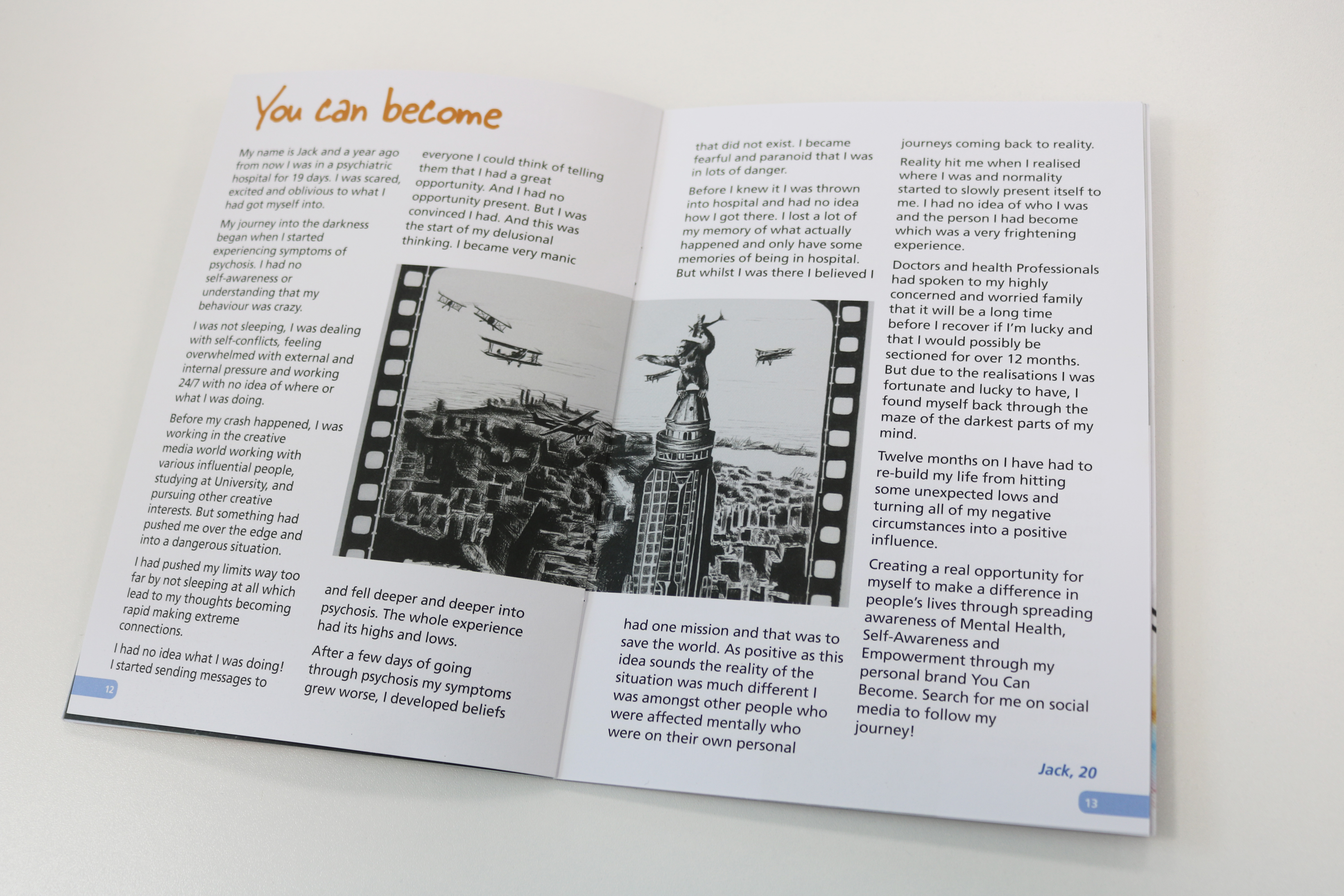