Service users and staff performed at Acacia Live, hosted at the Acacia Unit in Crumpsall, with a host of old favourites and new compositions wowing the audience, which included the musicians’ family and friends.

Service users formed their own band ‘The Recoverists’ as part of a six-month project, delivered with trainee music therapist Louise Gregg from Nordoff Robbins, and progressed from novices to composers in time to perform at their own event. 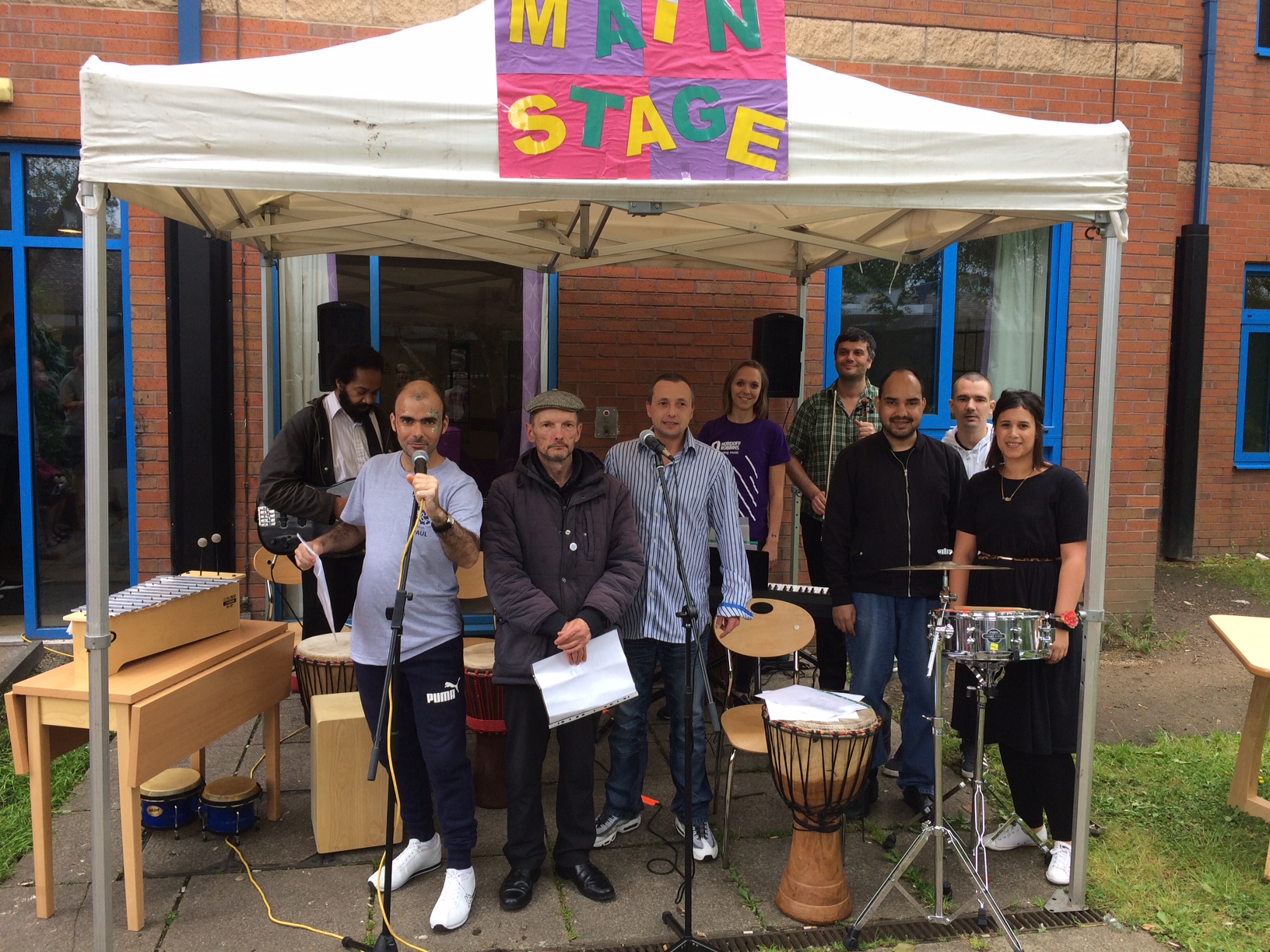 The project was developed by Cherelle Blythe, a Senior Occupational Therapist on Acacia Unit. She said: “Service users and staff have been playing instruments, singing, rapping, songwriting and much more. Working with Louise, service users have been involved in one-to-one sessions, song writing group, a drumming group and an open music group.

"Music Therapy requires no previous skill or even interest in music, but works with groups and individuals to improve their quality of life, identifying specific needs and connecting with people through playing music.

“Every service user has shown motivation, focus, ability to connect and work with others and they have learned and developed news skills and, in some cases, refound old skills and loves.

“This work culminated with the festival when they performed together as a band and played songs some had written during the project.”

Staff on Acacia Unit have assisted in the project and it has led to a presentation called ‘Evaluation of Music Therapy Students’ Contribution to Occupational Therapist Therapy Practice on a Mental Health Unit, being shown at the Royal College of Occupational Therapists’ annual conference.

Matt said: “The course has helped me express my emotions and I have also learnt to play the guitar.”

Oasis fan Paul said: “I have enjoyed hanging around with my friends on the unit, singing with them and having a good time.”

Daniel, whose favourite band is Nirvana, said: “I have become more motivated and confident. I learned to play the drums and xylophone.”

Kelroy said: “I have not played music in a long time, but I am getting my talent back through the exercise on Acacia Unit.”

The group have recorded their own music onto CDs, as a keepsake from the project.