Residents at St. Joseph's Packing Sacks for the Homeless | News and Events

Residents at St Joseph’s Approved Premises are packing rucksacks to be distributed to the homeless on the run up to Christmas.

The initiative involves giving everything from tinned food through to sleeping bags and clothing to people sleeping rough.

St Joseph’s is one of Greater Manchester Probation Trust’s Approved Premises (AP) and is home to 29 offenders. It is the only AP in the country which has a full-time on-site mental health team.

Shaun Gerrard, a senior support worker employed by Greater Manchester West Mental Health NHS Foundation Trust (GMW) is running the project, during which residents will buy the materials, plan what to include and work towards distributing them later in December.

He said: “It is fair to say that at times some of the residents at St Joseph’s have had periods either being homeless or sleeping rough and so this project has really caught people’s imagination.

“The project is an excellent way for participants to support the most vulnerable members of society during the festive period and enables them to give back to the community against which they offended.” 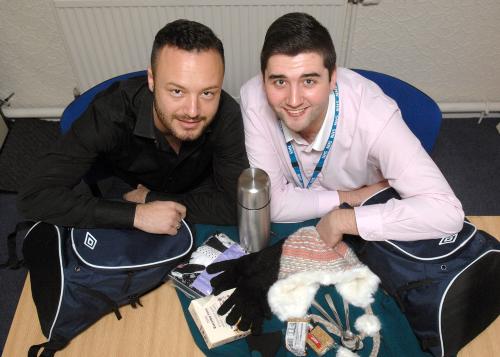 Manchester College is also involved in the exercise. Residents will gain qualifications for their participation, with skills they will learn about including: fund raising, budgeting and planning.

Shaun added: “We are making soup to include in flasks, so the preparation will also improve cookery skills.

“It’s a project residents can be proud of.”

Michael Ventris, the AP’s probation operations manager, said: “The residents are undertaking an excellent project which aims to not only develop their self-esteem and mental health, but to help those less fortunate than themselves.

“The project is also further evidence of the benefits of the partnership we have with the NHS, a partnership that means that high-risk offenders with mental health diagnoses have speedy access to NHS resources.

“That is important because it helps ensure that we are doing everything possible to manage their risk and to aid their rehabilitation.”

The Rucksack Project is a charity that gives items to the homeless during the winter months.

Visit the website of Greater Manchester Probation Trust to learn more about their work in the area.