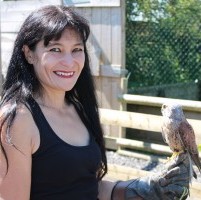 Alison Yung, Professor at The University of Manchester and Honorary Consultant at Greater Manchester West Mental Health NHS Foundation Trust (GMW) has been named as one of the world’s most influential scientific minds in a recent analysis of the impact of research.

The question of who the best and brightest scientific minds are has been answered by Thomson Reuters in their publication, ‘The World’s Most Influential Scientific Minds: 2014’. Through analysing data using its Web of Science and InCites platforms, the company determines which researchers have produced work that is most frequently acknowledged by peers.

The report lists 3,200 researchers from all over the globe who have published the greatest number of highly cited papers in one of 21 broad fields, in the eleven year period between 2002 and 2012. Highly cited papers rank in the top 1% by citations for their field and year of publication.

“It is precisely this type of recognition… by peers, in the form of citations, that makes their status meaningful”, the report states.

“The identification of these individuals is rooted in the collective, objective opinions of the scientific community. Fellow scientists, through their citations, give credit to these people and their work”.

Professor Yung is listed as one of just 100 highly-cited researchers in the field of psychiatry and psychology worldwide.

Speaking about the accolade, Professor Yung kindly took part in a small interview for gmmh.nhs.uk:

You’ve received awards such as the Lilly Oration Award and the Richard J Wyatt Award in recent years - what does it mean to you receive such accolades and how does it feel to be named on this list?

AY: “I went into psychiatry because I wanted to make a difference for people with schizophrenia and other psychotic disorders. Being involved in research has always been important to me as I think we need to advance treatments through evidence-based work and the research needs to be translated into clinical work and policy for it to be meaningful. The awards I have received all recognize that my research has done that. To be recognized by one’s peers is high praise indeed.”

The Thomson Reuters list covers an eleven year period between 2002-12, is there a piece of work that you’re particularly proud of from within the stated period?

AY: “Psychotic disorders are common disorder with high personal, social and economic impact. With the aim of minimising disability in this disorder, I have been involved in early intervention, in both a research and clinical capacity, since my Senior Registrar year, in the latter half of the 20th Century. I developed and defined criteria for detecting people at high and incipient risk of developing a psychotic disorder – known as the At Risk Mental State (ARMS). Many of the papers on the list relate to this work. The 2003 paper (1) describes the first predictive validity study of the ARMS group, showing that we could detect individuals at very high risk of disorder. Importantly there are also papers on the list that show that we can minimize the impact of illness and even prevent it from happening in the ARMS group. This can even be done without medication, as shown by our recent meta-analysis (2).”

How has your work developed from 2002 to the present day? Has your focus changed in any way?

AY: “My thinking has evolved over this time as it has been increasingly recognized that psychotic-like experiences are quite common in the general population, and don’t necessarily cause problems for people. So it is important to distinguish between experiences that indicate high risk for developing an illness or difficulties with living and others that might resolve spontaneously. I have been examining this through studying psychotic-like experiences different populations and following them up over time to see if we can predict which people are at high risk and which ones are not.

“I have also been researching the early stages of established psychotic disorders as this is another crucial phase where intervening can really make a difference and improve people’s lives. Focusing on giving people hope and researching strategies that promote recovery is an important area.”

What studies are you currently involved in with GMW? What are you looking forward to working on in the future?

AY: “I am currently Chief Investigator on a GMW-funded study called iBeep – Investigating the Benefits of Exercise in Early Psychosis. Our project is offering a 10 week physical exercise program to people early psychosis – that is within about 3 years of experiencing their first psychotic episode. I work with a great team of young researchers who are all interested in exercise and their enthusiasm helps our patients to engage in exercise. We are testing to see if exercise improves mental and physical health. We have had excellent support from the Early Intervention Teams at GMW, so thanks for that!

“I am looking forward to expanding this research and also examining exercise in the ARMS group. I have lots of other ideas as well, like increasing resilience in young people with psychosis, improving the detection of the individuals with the ARMS, decreasing stigma and developing accessible services. But all this needs money! I have applied for funding from the National Institute of Health Research so cross your fingers!”

“We are very pleased that Alison’s work has been recognised in this way.

“Our board recently agreed to improve our Free Access to Involvement in Research (FAIR) scheme so that all our service users have the chance to hear about opportunities to join in high quality research relevant to them.

“We can use knowledge from research undertaken here and elsewhere to improve our understanding of mental health and improve the quality of our services.”