AMHPs throughout the Trust helped raise the profile of the work they do with display boards at Laureate House in Wythenshawe, Hexagon Tower in Blackley, Park House in Crumpsall, The Curve in Prestwich and the AMHP Hub.

Promotional material was also sent to Greater Manchester Police and AMHPs enjoyed a celebratory buffet at The Curve as the Trust recognised their hard work and dedication to the roles.

The role of AMHPs was created in 2007 as part of the amended Mental Health Act 1983 and replaced the role of approved social workers.

AMHPs perform the pivotal role in assessing and deciding whether there are grounds to make an application for Section 2 or Section 3. The AMHP is also an important healthcare professional when making decisions under Guardianship or Community Treatment Orders. 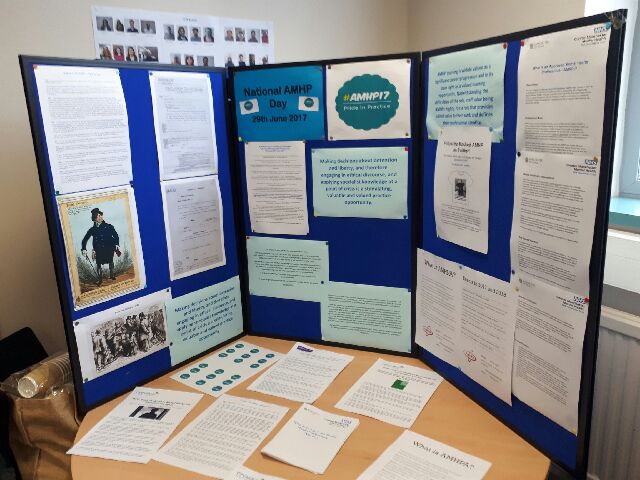