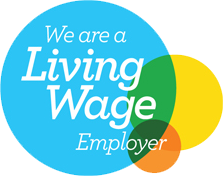 The Living Wage is an independently set, voluntary rate of pay and is recognised at both ends of the political spectrum as the minimum pay needed for a worker to provide a decent standard of living for themselves and their family. GMW will now pay its staff a minimum of £8.25 per hour which is significantly higher than the minimum wage of £6.50 per hour. GMW is also looking ahead to national Living Wage Week which takes place from 1 to 7 November 2015 and sees the announcement of the new Living Wage rate, which GMW will implement as soon as it is confirmed.

Not only is paying the Living Wage a recognised sign of good practice and of a socially responsible and ethical employer, independent research has shown that 80% of employers believe it enhances the quality of work of their staff and reduces absenteeism by 25%. Two thirds of employers reported a significant impact on recruitment and retention within their organisation due to being seen as an attractive employer paying a competitive salary.

Bev Humphrey, Chief Executive of GMW said, “We are delighted to offer the Living Wage to our staff. Our staff are our greatest asset and the Trust simply could not operate without the dedication of our front line staff such as our cleaners, healthcare support workers, porters and administrative roles and being able to pay these groups more than what we are simply legally obliged to, is very important to us. We do hear time and again that staff do not necessarily work in healthcare for the money, but in this uncertain climate, we want to do all we can to help our staff have a decent standard of life for themselves and those they provide for.

“As one of the biggest employers across Greater Manchester, we wanted to demonstrate our commitment to the local economy as well as showing how much we appreciate the fantastic job our staff do at an individual level. We are proud to once again, lead the way by being the first NHS trust in the North West to implement this.”

The Living Wage will come in to effect from 1 December 2015 and will benefit 248 members of GMW staff.

The Living Wage is calculated according to the basic cost of living in the UK and is set annually by the Centre for Research in Social Policy at Loughborough University.