“I didn’t know anybody that needed a liver transplant, but I knew somebody in this world would. That was enough for me.” | News and Events

In Autumn 2019, I donated 60% of my liver to a stranger who needed a liver transplant at The Leeds Teaching Hospitals .

Almost one year on, in honour of Organ Donation Week 2020, I would like to share my story in the hope that it raises awareness and encourages others to at least register on the organ donation list.​ 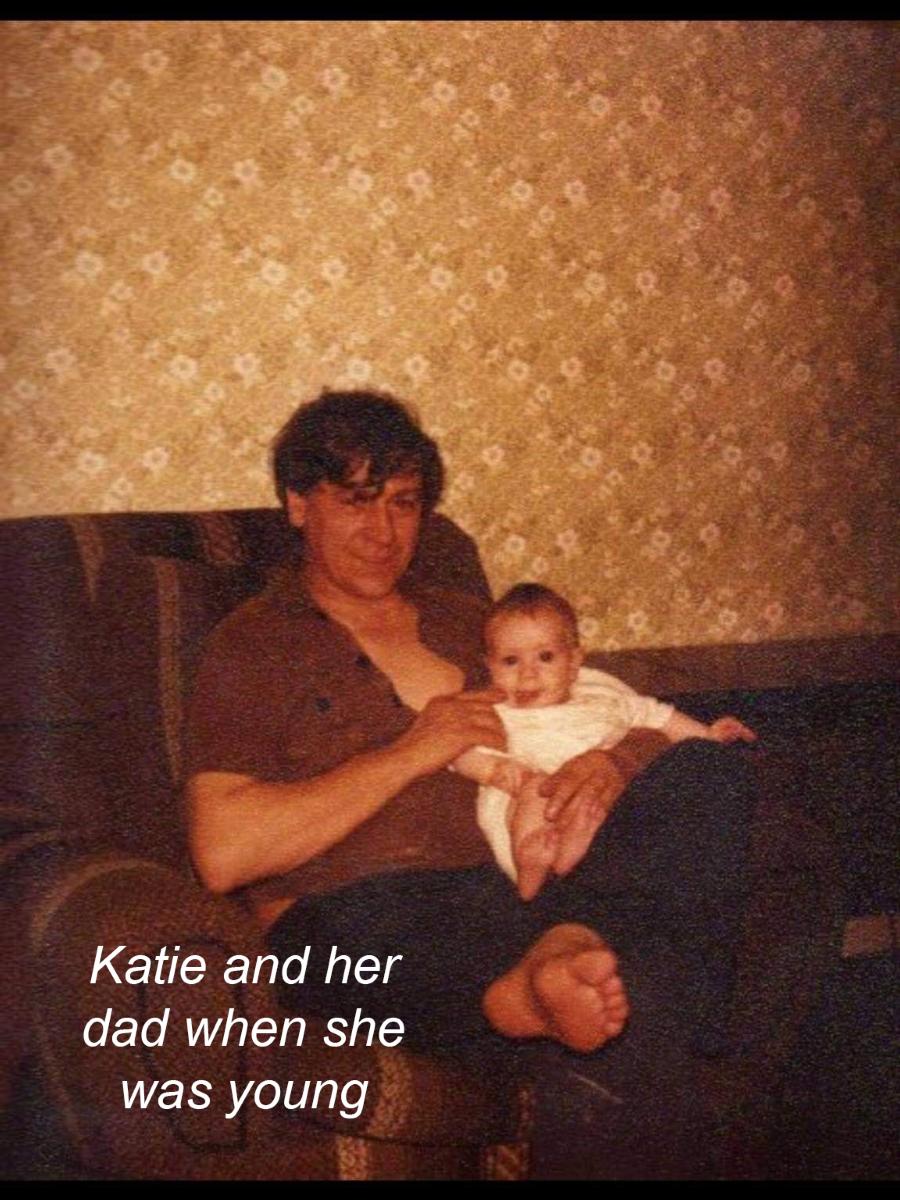 My dad Harry was the most amazing dad that I could ever wish for. He would do anything for anybody and would always make people feel welcome in his company. He and my mum both lived active lives; bowling, curling, volunteering for the local lifeboat station and working for hospices.

Dad fell over one day and he developed a pain that would not go away. He was sent for tests and he was informed he had a rare liver cancer, it was a shock because he hardly drank, never smoked, had always been fit and ate well. With lots of determination and treatment he went into remission. Unfortunately, it returned. However, he lived very well and continued to be active and never complained.

The last day I spent with my dad talking properly and walking was in a wildlife park on my birthday. Just over a month later my family received a call from mum informing us that his health had deteriorated very fast and he was not expected to be around for much longer. We travelled down and spent two days with dad. Mum never left his side. Before he died I told him “I will make you really proud of me I promise."

Now my dad was never going to get a new liver, that isn't what my story is about. I knew there was nothing that could help him. But I started to think about families being in this position and there being a cure or a treatment that could prolong their loved one's life but for whatever reason it was not happening, and it made me feel very sad and felt unfair.

I started thinking about things I could do to help people. I was already on the bone morrow register and I had already signed to donate organs after death. I knew donating a kidney was possible but I wanted to do something more personal to me. I also knew the liver can regenerate itself so if I donated this it would grow back fully. I decided that this was what I was going to set out to do. Nothing was going to stop me unless I was told I was not physically able to do so.

I researched how to go about doing this. I watched videos, read stories about other people who have donated and got myself fitter to enable me to have the best chance of being accepted. I told nobody for months until August 2019 when I sent in the live donor questionnaire to the Leeds transplant team. I didn't have anybody to donate to, I didn't know anybody that needed a liver transplant, but I knew somebody in this world would. That was enough for me.

I was invited to the Leeds live liver donor clinic and met the team including the surgeons and coordinators. All were very friendly and passionate about their work. I told them my reasons for wanting to do this, plus working in mental health we meet people who have substance misuse issues and problems with alcohol which sadly can affect the liver quite badly, and I felt these people may get overlooked due to the stigma attached. I was happy to donate to anybody. Child, adult, illness - it did not matter to me. I just felt that everybody deserves a second, third (etc.) chance of having an improved life. I came armed with all the knowledge I had and the process went quicker due to having thought long and hard about my decision already.

The team really want you to realise the complications that could arise with the surgery such as bleeds, clots, allergies, pain and most importantly the risk of death for the donor. This is a 1 in 200 chance. When you are told that donating a kidney is 1 in 3000, it stuns you a little. But as I had already thought about it, I was still eager to continue. My feelings are that the more people who donate successfully, the more those risks can be reduced, which may encourage more people to consider donating.

I spoke with friends and family who were obviously worried but proud at the same time. Work were fantastic. My managers Carol Harper and Sheila Hulme were incredibly supportive and helped speak with HR about the time I would need off to recover after the operation. It took a weight off my mind knowing the Trust I have worked for 15 years for supported my decision. I work on the Physical Health Team as an Assistant Practitioner at Braeburn House in Rehabilitation, so it felt even more important to me.

I had lots of bloods tests, scans and interviews with surgeons, psychologists and social workers who made sure I was not being pressured or incredibly…going to sell my liver on the market!

I passed all the tests and was informed I was match for somebody. The operation would go ahead in Autumn 2019, only a couple months after I first contacted them. I was more than happy to do it so soon. Work sent me off in a lovely way, wishing me good luck and somebody had even bought me a packet of liver! That went to my dog Alvin who loved it.

I knew nothing about the person who was going to receive part of my liver other than the family were very grateful which meant a lot to me.

My partner and I stayed overnight in a hotel the night before so we could start prepping in the morning. We spent time together and it was lovely having the support so close. I was nervous but excited for the recipient. I listened to one of my dad's favourite songs by David Essex called 'A Winter's Tale' before I fell asleep. I did not sleep too much though as expected. 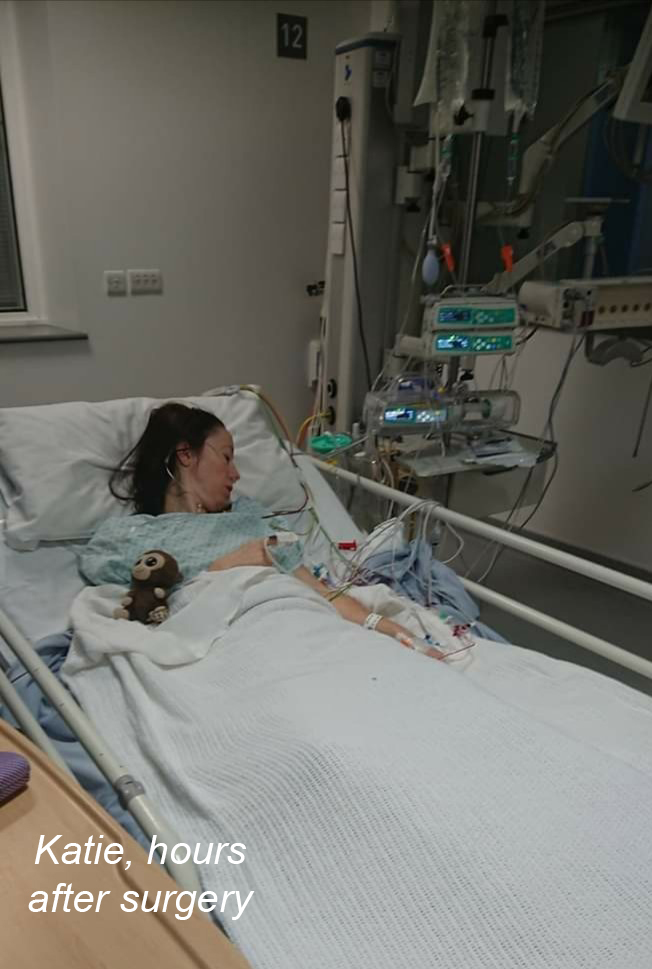 On the morning of the operation, I was prepped and I said goodbye to my partner who walked me down to the theatre room with the team. I woke up six hours later holding the hand of one of the coordinators called Julie. Julie told me the operation went very well and the recipient was doing fine which was a relief.

I spent two days in the High Dependency Unit attached to numerous machines. I felt no pain but I did feel very sick. I felt lucky though because some people can feel worse. I was on strong medications which at times made me slightly delusional. I saw penguins having a meeting and at one point I said I would sign for a cat, it was not mine but I will keep it…strange.

My partner drove daily from Manchester to Leeds to see me which was lovely and I would never have got through it if it was not for her. My friends visited me and took me for a spin in a wheelchair but managed to crash me into a vending machine! I appreciated all the support whilst I was there.

I was up walking around, very slowly at first, within three days of the operation. I could shower and finally brush my hair which felt amazing. The coordinators Julie, Katie, Olivia, Tracey, Helen and Hazel all came to check up on me and talk to me which was lovely. Tracey even went to the shops to buy me tomatoes as it was the only thing I felt like eating. I was in hospital for about one week. I was shown how to care for my wound and they were confident I would recover well as my partner is also a General Nurse. 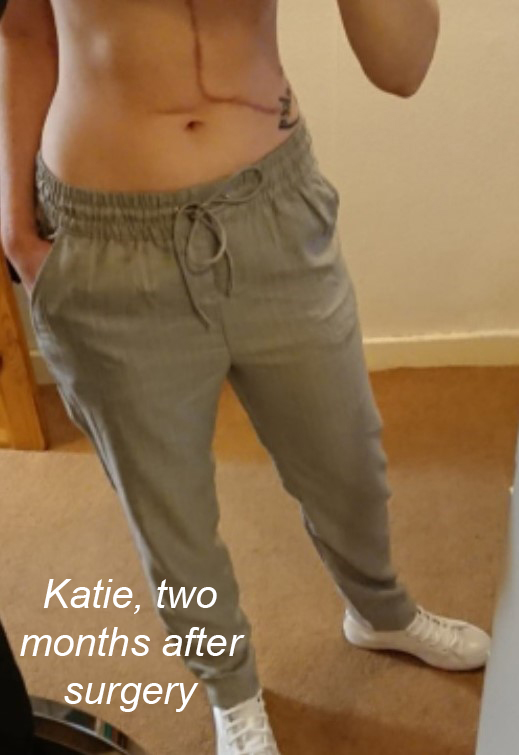 I was stiff and certain movements did hurt, so did laughing and sneezing, but they were all bearable and I can honestly say I've had worse toothache! I had many visitors at home from friends and colleagues and my manager Carol checked up on me regularly. Carol gave me valuable tips on how to look after myself better and said, “Kate, be active but if I hear you have been bouldering (something I enjoy doing) I will not be happy." I was worried about not being back at work sooner than I thought but Carol and Sheila insisted that I recover fully before thinking about coming back. The Trust were very supportive of my decision which helped me feel comfortable and I was able to relax more which aided my recovery.  I have since known people whose employers have not been so supportive during their donation time and I feel very lucky that I had the support to achieve my goal.

I joined a Facebook group for live donors which has helped me massively to ask questions and help others who are thinking of donating. We are like a family now and I have a new Auntie Sue Andrew from the group who is a big support to me. My recovery was also aided by my pilates instructor Ann at total fitness in Walkden, who was so helpful and lovely. 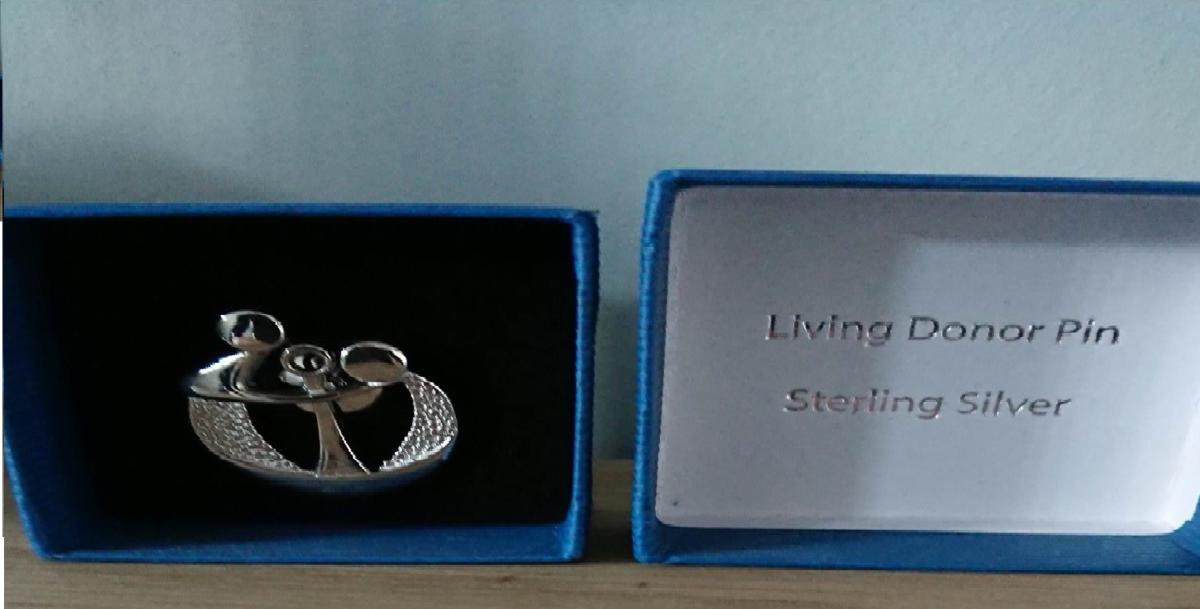 I went back to work in March 2020, the start of the pandemic and lockdown, so it was very strange. I got back into everything I previously did pretty quickly. Colleagues helped and made sure I was okay.

I do think about the recipient of my liver and I hope they got to live a better life. Sometimes I forget I have done this until I see my scar. One day maybe I will learn more about the  person but I am more than happy knowing I did something to change their life off the back of my amazing dad's death. I think he would be proud of me and I feel I achieved what I promised him. 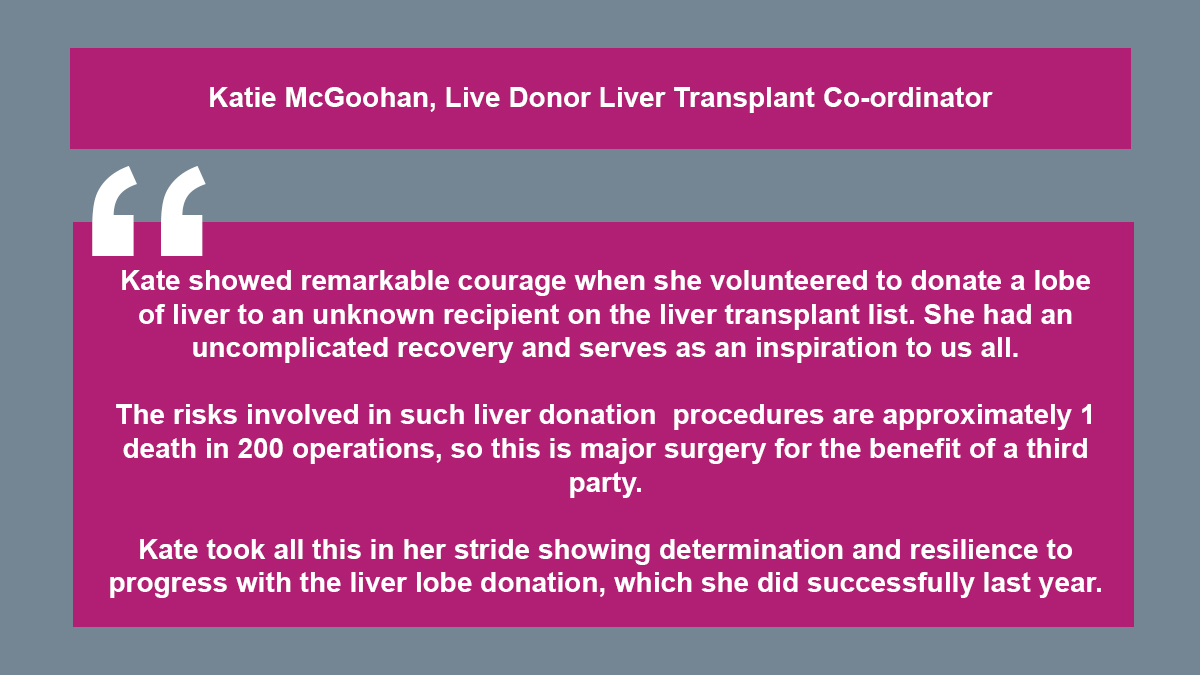