A campaign aiming to get more people in Greater Manchester involved in NHS research that could one day cure dementia has been launched today.

Over the next 12 months, researchers are striving to get at least 1,000 more diagnosed dementia patients in Greater Manchester to register with Join Dementia Research (JDR).

They are launching the campaign today during Dementia Action Week (May 21 to 27) – and are calling on people to take their own “action” against this life-changing condition by joining JDR.

Greater Manchester has been selected to spearhead the JDR campaign due to the outstanding dementia clinical research already being carried out in the region. The campaign, titled Embedding Research in Care (ERICA), is part of the government’s Dementia 2020 strategy.

Join Dementia Research is an easy-to-use website run by the National Institute for Health Research (NIHR). By signing-up in just five minutes and entering basic medical details, people can be contacted about clinical research studies which are relevant and local to them. If they wish, they can then take part in those studies.

More than 30,0000 people in Greater Manchester are living with dementia and, with an ageing UK population, this number is likely to grow significantly.

There is currently no cure for the disease and existing medications can only treat some of the symptoms. Therefore, in order to discover and licence treatments to beat dementia, there is an urgent need to undertake clinical research studies.

Only through this research is it possible to better understand dementia and bring about improvements in its prevention, treatment and care.

There are currently over 40 dementia research studies, accredited on the NIHR portfolio, being carried out in Greater Manchester. This research is offering people with dementia and their families more opportunities to access cutting edge treatments and shape future care.

In 2017/18, 3,549 participants were involved in dementia research in Greater Manchester.  Many of these people accessed these studies via JDR.

“Few people know that there are vast amounts of ethically approved dementia clinical research studies happening in our region. Greater Manchester is at the forefront for some of the most innovative and exciting dementia clinical research globally. It is important for people to know how to get involved if they wish to do so.  JDR is pivotal to empowering people with the knowledge to make a well-informed choice about getting involved.” 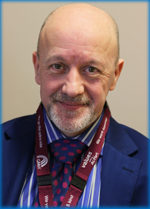 Dr Chris Daly, Medical Director at Greater Manchester Mental Health NHS Foundation Trust, registered with John Dementia Research in autumn 2017. He said: "I encouraged my fellow Medical Directors in Trusts across the North West, and their colleagues, to register with JDR in December 2017, as I believe the service is invaluable. Recruiting participants to studies is essential to ensure that we can positively impact the way we treat dementia, and contribute to finding a cure.

"Dementia is one of the research areas of strategic priority for Greater Manchester Mental Health, and so I would encourage everyone to spare five minutes of their time to complete the form and sign up. Your contribution could make a real difference to those affected by dementia within Greater Manchester, nationally and potentially worldwide."

Caroline Dinenage, Minister of State for Care, Department for Health and Social Care, said: “Our growing ageing population is one of the biggest challenges we as a nation face and means more and more people are receiving a dementia diagnosis.

“High quality research is essential if we’re going to make progress on finding not only effective treatments and cures, but also new models of care and innovative technologies that will support people to live well with dementia.

“If you have a diagnosis or know a family member who has and is living in Greater Manchester, I urge you to take action and register with Join Dementia Research.”

The campaign has been backed by Greater Manchester Health & Social Care Partnership, which operates the region’s flagship Dementia United initiative.

“In line with the Prime Minister’s Challenge on Dementia 2020, one of the Dementia United standards is to increase the proportion of people living with dementia’s involvement in clinical research.

“Through the ERICA project more people with a dementia diagnosis will know how to register with Join Dementia Research in order to be alerted to these relevant research opportunities.”

The campaign has also received the backing of the Lewy Body Society - the only charity in Europe exclusively concerned with dementia with Lewy bodies.

Jacqui Cannon, Chief Executive Officer of the Lewy Body Society, said: “Research is vital to people living with dementia and their carers. Taking part in research studies gives patients the opportunity to be involved and have a level of control.

“As a research and information-focused charity and a member of the Association of Medical Research Charities (AMRC), the Lewy Body Society is delighted to partner with this very important campaign which has the potential to make a real difference to the lives of people living with dementia with Lewy bodies.”