On Wednesday 11th March 2015, Silverstone race course played host to the 2015 National Service User Awards, sponsored by Cygnet Health Care.  Over 175 service users and staff from NHS and independent sector services joined together from all over the country to celebrate the large number of service user led initiatives in inpatient mental health services.

The National Service User Awards are planned by service users, for service users and are designed to recognise and celebrate the many achievements and initiatives implemented within mental health services nationwide.

The “Getting on with People” card game, which was submitted by Greater Manchester West Mental Health NHS Foundation Trust (GMW), won a National Service User Award 2015 in the “Innovation in my Shared Pathway” category.

“Getting on with People” is an interactive card game that has been designed to help patients discuss their perception and experience of bullying. Designed and developed by service users in collaboration with GMW staff and Mind in Salford, it has been successfully piloted on a number of medium and low secure in-patient wards at GMW’s Prestwich site.

The game promotes tolerance; understanding and respectful dialogue and helps to reduce confrontation, stigma, fear and discrimination among patients within ward communities. It provides a means for people to understand each other better by respectfully listening and sharing patient views and opinions.

Ian Callaghan, a judge at the 2015 National Service User Awards, said: “Despite the very high standard of entries this year, we were in no doubt that the ‘Getting on with People’ card game was a deserving winner in the Innovations in My Shared Pathway’ category.

“Two of the areas that service users say are always really important for them during their stay in hospital are good communication and supportive relationships. This card game is such an innovative way of improving both of those areas – it’s stimulating, thought-provoking and fun!  The game helps people to consider each other in quite different ways and that works for the good of everyone who plays it. Well done once again to the service users and staff who developed it!”

Kevin Scallon, GMW’s Organisational Development Facilitator, who collected the award, said “We’re thrilled that the “Getting on with People” card game has won a National Service User Award. Our Service Users and staff worked really hard and a lot of thought and effort went into the production of the game, which aims to positively enhance the inpatient experience. Winning the award was exciting and feels like a great achievement!”

Gill Green, Director of Nursing and Operations for GMW, said: “Winning this award is recognition for all the hard work that the team has put in as well as confirmation that our aim to involve service users in our work so they can genuinely influence the care they receive, has been recognised as an effective and excellent approach.”

Robin Jamil, from Mind in Salford, said: “The endorsement of this project by GMW encourages the move to place service users at the centre of their care and treatment. The card game helps interaction between service users and encourages them to respect their fellow peers. This has been a really exciting and productive piece of collaborative work for Mind in Salford and the Trust and I’m so proud to say we have won this award.”

For more information about the National Service User Awards and this year’s winners, visit www.nsua.org. 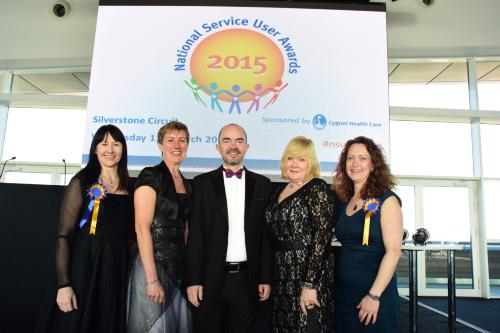 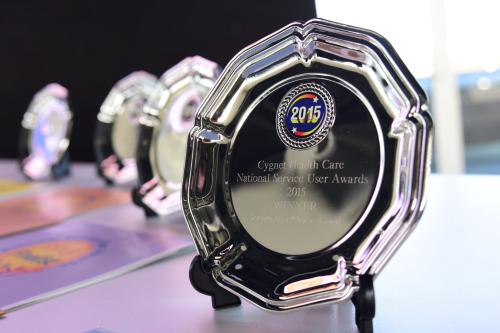