The Early Intervention Service at Greater Manchester West Mental Health NHS Foundation Trust is celebrating after becoming an award winner at the national Positive Practice Awards. The awards celebrate positive practice in mental health and are supported by NHS England.

Seven members of the team were presented with their award at a prestigious ceremony held at HG Wells conference centre in Woking, Surrey on 13 October 2016.

Gill Green, Director of Nursing and Operations at Greater Manchester West Mental Health NHS Foundation Trust (GMW), said: “The Trust is incredibly proud of the work being done to ensure early detection of young people with psychosis is at the heart of youth mental health care.

“This award is recognition of the hard work performed by our Early Intervention Service to detect and manage the critical early phase of psychosis, so that young people can receive the right treatment as early as possible and the right support can be put in place to help their recovery.”

The Trust’s Psychosis Research Unit (PRU) developed a training package to enhance the skills of Early Intervention in Psychosis (EIP) professionals across the North region to develop their expertise in detecting, assessing and engaging with people experiencing psychosis. Once staff complete the training, and have reached the required level, they are encouraged to facilitate sessions to train other mental health professionals.

They have also developed a new resource to help young people experiencing psychosis for the first time look after their physical health and maintain a healthy routine.

The Trust’s Early Intervention in Psychosis teams and the PRU work with local partners, like local non-profit organisation Ziggy’s Wish and The University of Manchester, to carry out mental health research projects and provide service users with access to innovative clinical research trails.

Professor Paul French, Associate Director of Early Intervention for the Trust and Honorary Professor in the Department of Psychological Sciences at the University of Liverpool, said: “It is excellent to see the Trust at the forefront of Early Intervention in Psychosis (EIP) care and I’m delighted that the wide range of initiatives and research collaborations undertaken by the EIP teams in GMW was recognised at this important awards ceremony.” 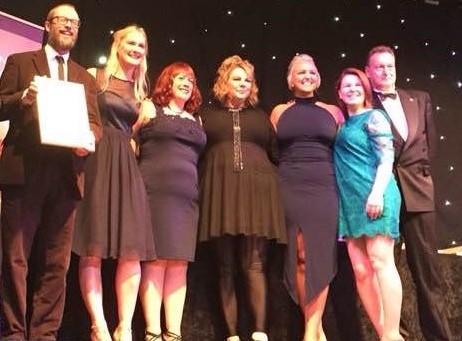