Police have responded to a number of incidents in recent days linked to the substance, ‘Vertex’, which have led to people being hospitalised and in need of urgent treatment.

Now lab results returned to Cheshire police indicate that the samples of Vertex sent for analysis contain harmful chemicals that pose a serious risk to health. In particular, the results have revealed a chemical called AB –CHIMINACA – a substance believed to be responsible for fatalities in Europe.

We are now extremely concerned that Vertex poses a significant risk to life and would urge anyone using, or considering using Vertex or any legal high to cease from doing so immediately. Anyone who has consumed any of these substances is urged to seek medical help immediately.

Officers have already spoken to a number of outlets known to supply Vertex and advised them to remove it from their shelves indefinitely. Known users of the substance have also been advised of the significant health risks it poses.

Assistant Chief Constable Mark Roberts said: “This has become an increasingly worrying trend that has seen us respond to a number of incidents in the county, particularly over recent days.

“In light of the laboratory analysis I would advise anyone supplying, using or considering using Vertex to stop immediately before it’s too late. If you have taken it, seek medical assistance now.”

If people have taken this drug it is imperative that people recognise signs and symptoms and act fast. Symptoms include:

If any person is showing signs of these symptoms it’s essential to dial 999 and ask for immediate medical assistance. 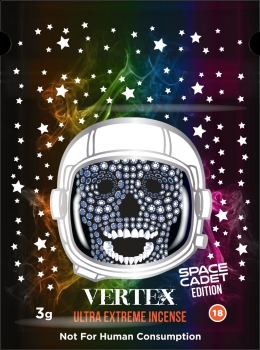 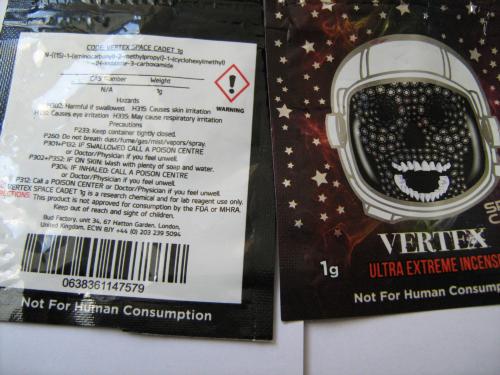 1. This release follows previous notifications of incidents linked to Vertex. Three men in Warrington were hospitalised yesterday (Weds, June 3) and have since been discharged. Earlier today (Thurs, June 4), a 16-year-old Runcorn girl was also taken to hospital for treatment and was discharged earlier this evening.

2. The sample sent for analysis was a strand of Vertex branded ‘Space Cadet’ – see attached image.