The winners of the 2015 North West Adult Learners’ Week Awards in Health and Social Care, running for the first time this year, have been announced this week, during a ceremony at Manchester Museum on Thursday 11 June.

Former service users of Greater Manchester West Mental Health NHS Foundation Trust (GMW), Craig Gorton and Martin Smyth, have been celebrating after being awarded Volunteer of the Year Award and runner up for the same award respectively.

They had been nominated for the award by staff from GMW where Craig and Martin volunteer to help support adults with alcohol and drug problems at the Trust’s inpatient detox unit called the Chapman-Barker Unit (CBU).

Craig, who won the Volunteer of the Year Award in the Health and Social Care category, was in treatment with GMW until two years ago. He successfully completed a detox at the Chapman Barker Unit (CBU) in Prestwich, and then became a volunteer. He hadn’t been in a classroom environment for over thirty-five years nor had he had a positive experience of school, leaving without any qualifications.

Craig said, “From day one of starting a new course on Substance Misuse at the Chapman Barker Unit, I had a kind of awakening. I was hooked on learning, or some might say I was positively addicted”.

Martin said, “Learning is fundamental within this sector as it empowers people to realise that there are other sides of the coin which up until three years ago I didn’t realise existed. I would encourage everyone to take up learning opportunities; you have nothing to lose and everything to gain”.

Dr Sheila Wilson, Substance misuse specialist and Training Coordinator for GMW, said: “We are really keen to help former substance misuse service users make the transition into employment. As volunteers, former service users can tap into their experiences of dealing with addiction to help others. By incorporating a training element into our volunteering programme we not only change services but also the lives of people who volunteer for us by equipping them with qualifications to help gain paid employment.”

People from across the region gathered together at the awards ceremony on Thursday 11 June to hear the inspirational stories of adults who have been transformed by their learning experiences and the impact this learning has had on others.

The Health Education North West believes that people who engage in learning and development make a huge personal investment and commitment to patients and service users as well as themselves. And this learning directly contributes to a place where health and social care is delivered with compassion, consideration, competence, commitment and courage. Recognising learning is an investment in all our futures. 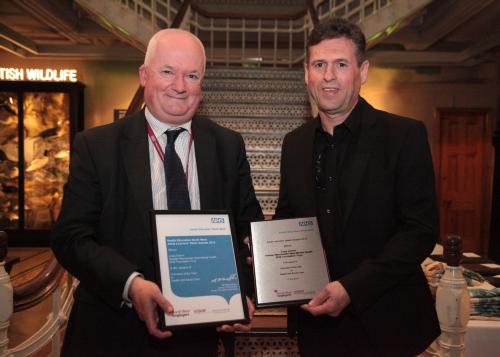 Craig, Winner of Volunteer of the Year Award 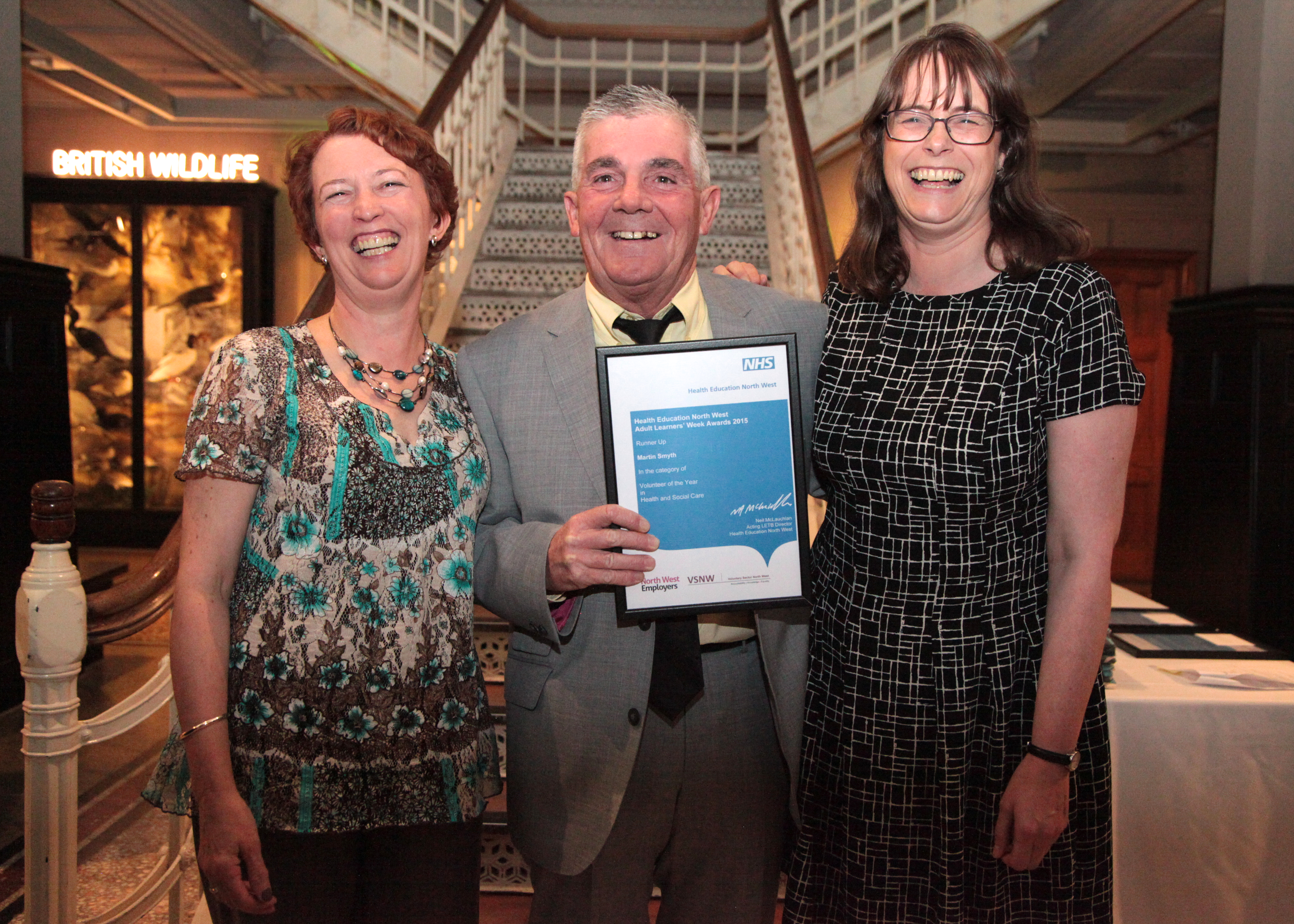 Martin, Runner Up for Volunteer of the Year